Song Saga is the music and story game that rocks and we can’t stop playing.

Even if Coronavirus wasn’t keeping us all indoors way more than we’d like, we’d still be happy to sit by the stereo with friends and play Song Saga.

Song Saga is a new tabletop card game that has to be among the best card games or best party games we’ve ever played. And yes, that includes Cards Against Humanity.

One of the best card games and best party games we’ve played.

We like that it so nicely straddles the line between music games and story games, combining two of our favourite activities: listening to music and talking shit. Err… telling stories.

Gameplay is simple. Pull a green prompt card to spark a memory of music or a moment that matters to you. Once you think of a song, you pull it up on Spotify (or whatever music app you use) and play it as a background track while you tell a story.

Players can give each other Gold Awards which are the Song Saga equivalent of a Grammy or MTV music award for all sorts of silly reasons, and the blue “You Rock!” cards are not only a way of keeping score, but a way of giving props to your fellow players.

We love this game! Not only because it reminds us that even though life is boring right now, we haven’t always been boring. By sparking memories of past glory we relive experiences and music that we might otherwise have forgotten.

Furthermore, you get to hear all kinds of stories (and songs) from your friends that you probably would otherwise never hear. The cards get people talking and sharing things from their past. Even things they might not want you to know, which is why everyone has to pinky promise to uphold the Song Saga NDA before they play.

What happens on tour, stays on tour.

We played with a group of friends that have known each other for years and yet while playing Song Saga they discovered all sorts of new things they never knew about each other. Including the fact that someone still has a massive crush on Mos Def.

When you play Song Saga you will get to reconnect with music you may have not listened to in ages. And it will spark memories – even when you think there isn’t a story to tell, once those first few notes come out of the loudspeaker, you might be surprised how quickly a memory pops into your head.

And of course, you get to hear songs that your friends love (or used to love) which can be hilarious. No matter what happens, at the end of the night, you’re sure to have a killer playlist that will spark memories, not just of the night you played, but all the stories those songs are now permanently attached to.

There are great “optional” rules too. We especially like the bullshit rule which means if you really can’t think of a story you can just make one up. If everyone believes your story is legit, you can either keep that to yourself or let everyone know you fooled them and get a point.

But getting points isn’t really the point of playing Song Saga. When you play you will quickly realize that the fun is less about winning and more about quality time spent getting to know your fellow players better. Even if they are people you’ve known forever.

Song Saga brings a whole new level of connectedness to time spent hanging out with friends, and we can’t recommend it enough.

You can get Song Saga now on Amazon.com (US) or buy directly from their website: song-saga.com

We can’t guarantee you’ll laugh at every post, but with our Funny-meter™ Blog Rating System at least you can make an informed choice about what to read. 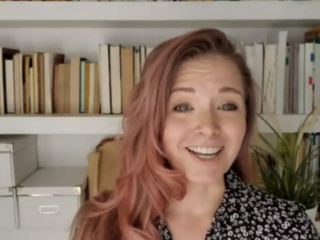 Previous Post (p) Humour is important in business... and on Linkedin

You can toggle right click protection within Theme Options and customize this message as well.

You can also add shortcodes here.